Who is the company behind the big yellow HIPPOBAGs?

Meet the business who innovated waste removal for millions of households across the UK.

Based on 8294 Trustpilot reviews 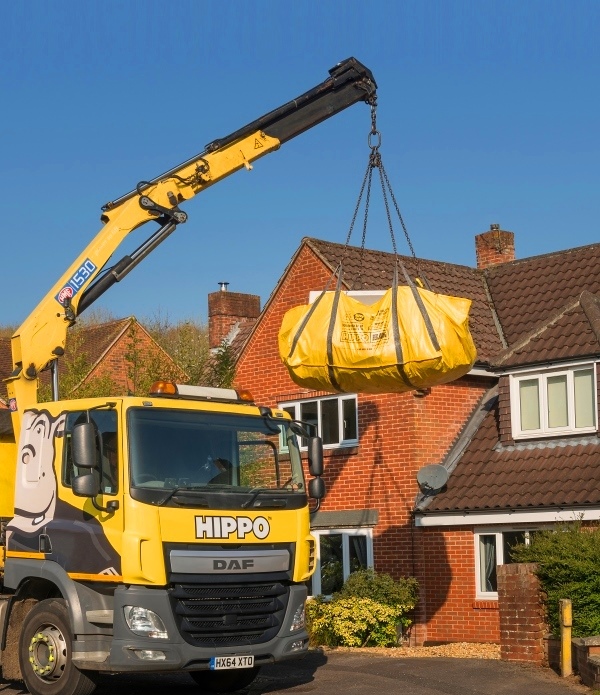 Our mission - Our story

HIPPO’s mission is to be the UK’s leading rubbish clearance provider, delivering outstanding service, relied on and trusted by customers to put the environment at the forefront of what we do.

In 2002, HIPPO was founded with the goal to provide a flexible rubbish removal alternative to the cumbersome metal skips through the innovation of HIPPOBAGs. We started small, just in Hampshire, but like any great idea it has grown at an incredible rate over the years. In no time we were being stocked in thousands of Britain’s best known DIY retail stores so anyone could buy a bag just down the road. While all this was going on, HIPPO had begun supporting both small, medium and large businesses up and down the country with unique solutions to their individual waste needs. Today, HIPPO serves the needs of some of the UK’s most iconic organisations and brands, so don’t be surprised to see a big yellow HIPPBAG on a street near you.

By 2006, HIPPO had collected over 100,000 HIPPOBAGs, as well as being recognised as ‘Innovation Business of the Year’ at the RBS Regional Business Awards. 2006 also saw the launch of HIPPO’s charity support through the ‘Grants up For Grabs’ scheme, which has gone on to help dozens of worthy causes across the UK.

Fast forwarding to 2012 and HIPPO had expanded its offering, to include a Man & Van solution to provide additional flexibility and service to all customers. It also happened to be the year of HIPPO’s one millionth HIPPOBAG collection. The HIPPO message was clearly making a difference!

Continued growth allowed HIPPO to reaffirm its name as an industry leader by launching HIPPOTRADE – another HIPPO innovation for our ever expanding trade partners. More bespoke vehicles were added to our unique fleet guaranteeing we could ensure our five-star service commitment to customers, new and old.

By 2016, HIPPO had firmly established themselves and continues to storm across the UK. We’re proud of everything our people deliver day in, day out and yet we will never be complacent when it comes to putting our customers first. Why not try one of our many services – we have a solution for everyone.

Find out more about HIPPOBAGs 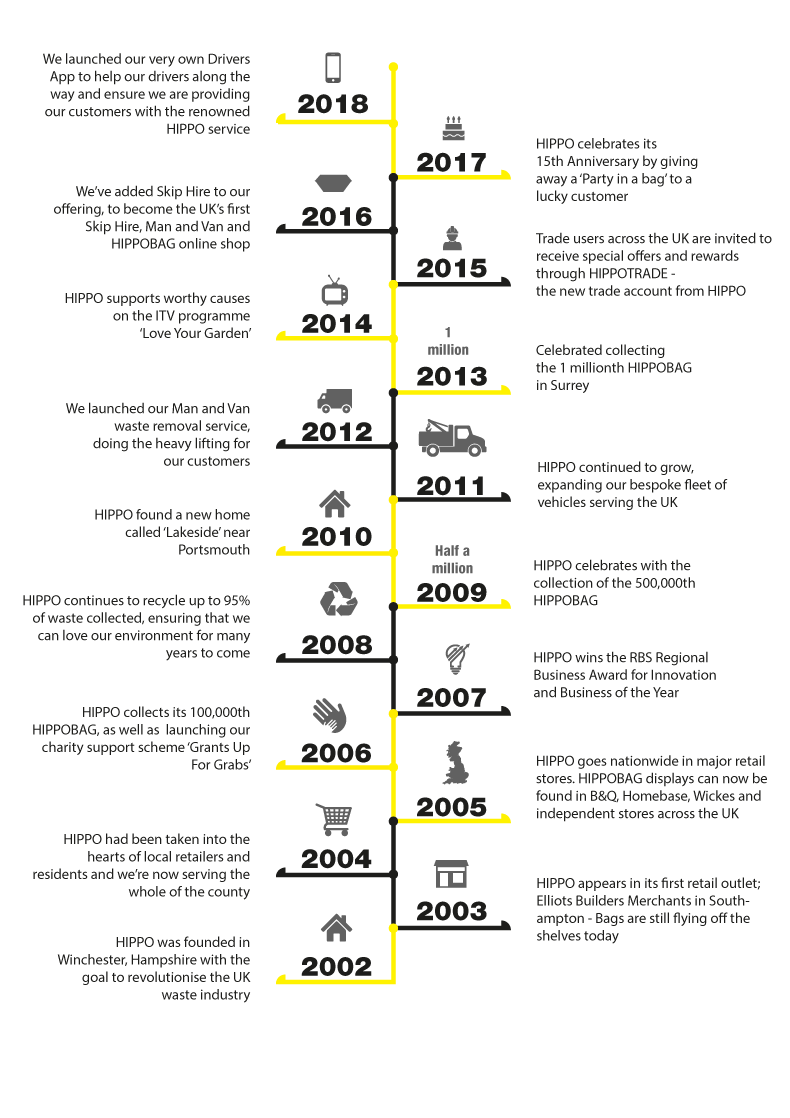 HIPPO's brand promise is to provide the best service with quick and easy collection of our customers’ waste and a strong commitment to our environment by disposing waste in a legally, compliant and environmentally friendly way.

We care about the environment and want to ensure we can love and enjoy it for years to come. For that reason we are committed to recycling over 95% of all waste collected - but that's not all. Find out more about how we set an example with our environmental awareness and our eco-friendly approach to waste management here.

We are committed to providing a trusted service: 1000’s of householders and UK’s leading businesses trust HIPPO to recycle and ethically dispose of their waste. We are helping customers across the UK to save money and time while complying with environmental duty of care and relevant legislation.

Whatever we do, it’s always done to the highest of standards. We put our customers first and will go the extra mile to deliver an all-round excellent service combined with first class products to ensure 100% customer satisfaction. Thousands of customers across the UK rate our nationwide service as 'Excellent' on Trustpilot.

We as a business pride ourselves in offering our customers fully flexible products and services that fit every project and budget. Whether our customers are making use of our HIPPOBAGs, hire a Skip or book a Man & Van service, it’s the simplicity and convenience from 24/7 online bookings through to flexible collections that our customers value most.